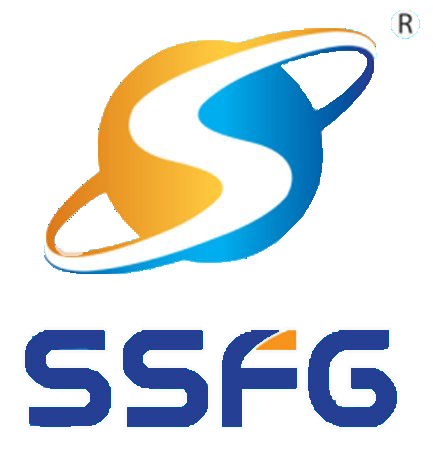 Porosity (n) is defined as the ratio of the pore volume of a rock sample ( Vp ) to the total volume of both the voids and solids.

When a rock specimen is formed by precipitation, melting of igneous rock, instability from sediment, or when soil is formed by the weathering of rock material, the new entity will contain the most porosity. is called the primary porosity . This porosity can then be reduced by binders from precipitation from groundwater circulation, or from compaction and subsequent burial by sediments. However, the structure or solution cavity that forms in the rock, etc. can later form and is called secondary porosity . Therefore, the total porosity of the rock sample will be the sum of the primary and secondary porosity.

If all the pores in the rock are not connected, only a certain portion of the pores will allow water to pass through, and this part is called the effective porosity (or effective porosity). An example is that pumice can float in water because of its very high total porosity and because it contains so much gas that its density is smaller than that of water. It can take several days to be submerged in water because the effective porosity is so low that water cannot easily pass through it. Coarse gravel may have a porosity of only about 25%, but that porosity will actually work. Therefore, gravel is an excellent conductor of water.

The porosity of a rock or soil is determined mainly by the arrangement of the particles and the uniformity of the particle size distribution. The maximum ideal porosity achievable in a material with uniform spherical particles is 47.65%; cubic structure. The least porosity can be achieved with the same grain found in the rhombohedral structure with a value of 25.95%.

These are ideal states because no natural sediments or rocks contain spherical nor uniform sized particles. If the small particles are in the space between the large particles, the porosity will drop below that for the large particles. This is represented by the uniformity coefficient (Cu) which is a measure of how well or poorly the grain is arranged.

If Cu  < 4, the sample is considered to be well-sorted, if Cu  > 6, it is poorly sorted and has a smaller porosity than the other sample.

Where:   V w the  volume of water in the sample,  V t the  total sample volume .

Humidity has a close relationship with saturation, i.e. the ratio of the water-containing volume to the pore volume. The sample is unsaturated i.e. the voids contain air.

Capillary forces play a major role in the movement of water through unsaturated materials. Water is attracted to solid particles by adhesion. The familiar example of water rising in a soda straw is also a good example of a capillary increase, h c , in a small tube of radius, r, and the increase is calculated as follows:

Capillary force increases by a few millimeters for coarse-grained soils, but can be increased by 3 to 4 m for clay soils (Davis & DeWiest, 1966; Lohman, 1972).

Capillary forces are caused by a combination of two forces: (1) molecular attraction, which is responsible for water adhering to the surface of soil or rock particles, and (2) surface tension, due to the cohesion of the particles. water molecules together when water is in contact with air. In saturated systems, the force is first balanced in all directions and, therefore, eliminated, and the surface tension is also balanced.

In an unsaturated rock or soil, if water is allowed to escape under gravity, it will not lose all the water by this force. Instead, some water will be held in the pore by the above forces. The drained water is called gravitational water (or gravity water) and the water retained is capillary water (Todd, 1980).

Usually, initially dry soil close to the surface will attract and retain desiccant if the air humidity increases significantly. Only after the hygroscopicity exceeds the hygroscopic coefficient (maximum water content that can be dehumidified) will any additional water from rainfall or irrigation seep through the soil.

Water can withstand very low compression. At constant temperature and mass, Domenico and Schwartz (1990) determined the isothermal compressibility of water as follows:

The compressive capacity of a rock containing water at a point is affected by both internal and external stresses and the pressure of water in the pores. The stress balance equation is written as:

Where:  σ t  is the total vertical stress down impact point under consideration and include pressure on the mass of rock above and country as well as buildings, trees on the surface.

P p  pressure of water in the pore.

Any increase in the total vertical stress must be balanced against the right hand side of the equation; this happens as the depth increases because the total natural vertical stress increases proportionally to the depth. If there is a pump well, water extraction will cause a sudden decrease in pore water pressure and porosity, while increasing the effective stress under the same total stress. As a result, the soil will be compressed. If water is added to the well, the opposite will happen.

The expansion and compaction of rocks at a given temperature and assuming incompressible soil particles, can be quantified by the expression of Domenico and Schwartz (1990):

K b : the rock bulk modulus of compression

The hydrostatic head at a point in an aquifer system is described as follows:

ρg is the specific gravity of water (or simpler symbol )

Some project dry off the nail pit

The choice to use a certain water containment method will depend on the conditions and constraints for a given project. The... 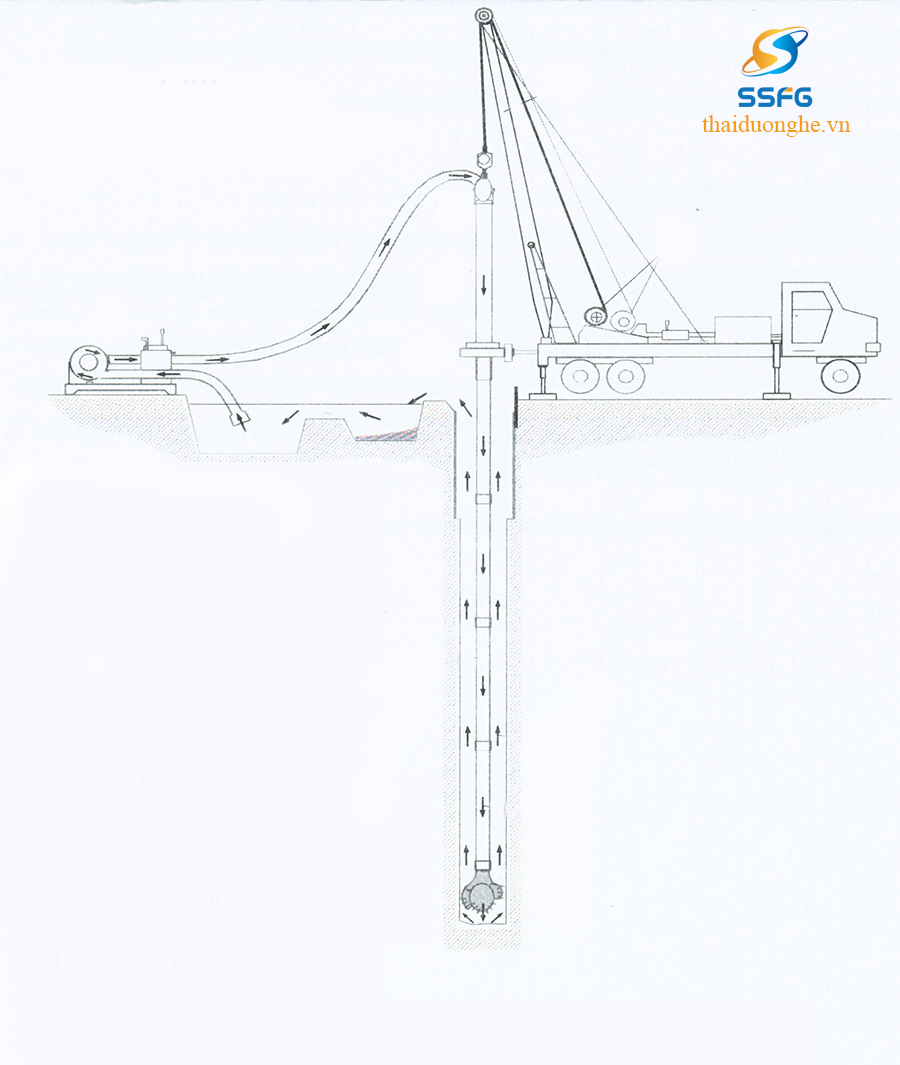 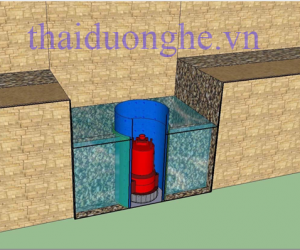 The water collection pit is the most basic measure of the method of lowering groundwater - draining the foundation pit. In... 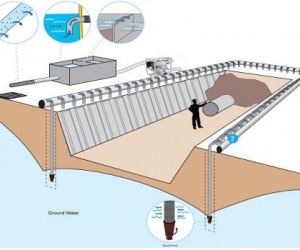 In some big cities like HCMC. Ho Chi Minh City, there is a rapid construction speed. In those constructions there are basement...